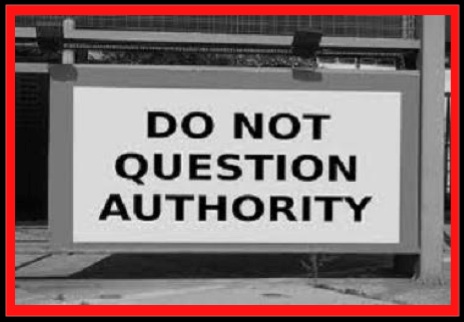 When we write about epic conflicts we use characters that are wrong, but firm in their devotion to their wrong cause. This makes me wonder about authoritarianism. What makes some people act with authority and others obey them.

Authoritarianism is human behavior that may be characterized by obedience to authority and desiring strongly ordered grouping of people. We can look at authoritarianism in terms of individual actions and in terms of how individuals relate to groups and interact with others. This trait or set of behaviors may represent aspects of personality,  personality syndromes,  social attitudes,  value-belief systems, or other human dimensions. The academic research into the topic has spanned more than one hundred years. Early scholars who touched on aspects of this issue were,  William Reich, Erich Fromm and Abraham Maslow.

Some important considerations in thinking about authoritarian behavior are, triggering mechanisms, external signs, interaction results, and personal results. From an evolutionary perspective it seems important to consider what the benefits of this behavior trait were. I believe we all display traits on the authoritarian continuum. At different points in our lives, and under different circumstances, most humans will render obedience to a group leader.

Current research suggests values and beliefs play crucial roles because of how they  anchor the self and provide defense mechanisms for the individual. So identity theories may give us some handle on this issue. Perhaps when individuals experience threats against the social self, they consider it a threat against their entire self. For those people who are secure in their selves, and can entertain multiple or even conflicting value-belief systems, such threats against the self do not rise to as high a level as those with less security in their sense of self.

Well, the study of authoritarianism is a complicated issue, involving interdisciplinary questions and suggesting paradigm shifts in approaches to human behavior. We cannot answer the questions in one blog post, but perhaps we can rise new questions.

One thought on “Authoritarian Characters”